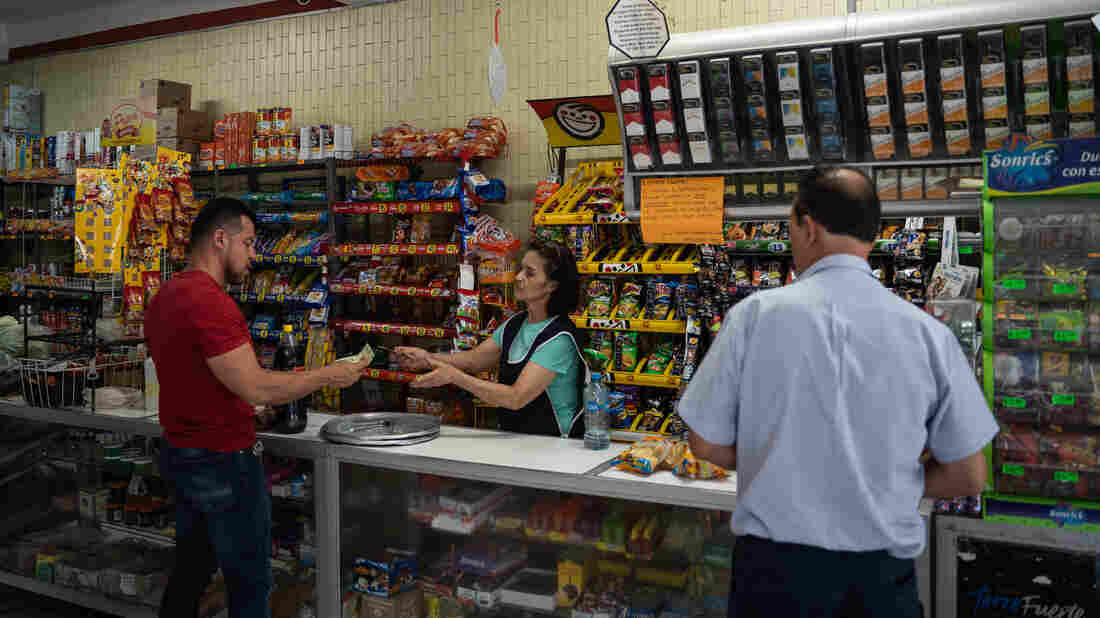 A person buys soda at a convenience store in San Luis Potosi, Mexico, on April 13. The country has high levels of obesity and medical conditions that health authorities warn are related to a diet high in soda and processed foods. Mauricio Palos/Bloomberg via Getty Images hide caption

Picture this: You’re 17, you walk into a corner store and grab a Coca-Cola and Doritos, but the cashier refuses to sell them to you because you’re underage.

That rule is expected to soon become reality in parts of Mexico, as lawmakers in several states push legislation to keep junk food away from children, partly in response to the coronavirus pandemic.

First Oaxaca’s state legislature passed a ban on selling or giving out high-calorie packaged foods and sugar-sweetened drinks to minors on Aug. 5. Less than two weeks later, Tabasco state approved a prohibition, too. Now at least a dozen other states are considering similar legislation.

“I know it can sound a bit drastic but we had to take action now,” says Magaly López, a lawmaker in Oaxaca’s Congress who spearheaded the ban.

More than 70,000 Mexicans have died from COVID-19, the world’s fourth-highest recorded death toll, according to tracking by Johns Hopkins University. Two-thirds of those who died in Mexico had an underlying medical condition such as obesity, diabetes, hypertension and cardiovascular problems, according to Health Department officials. That has led to a new urgency to change diets so that the younger generation doesn’t suffer those ailments.

“The damage of this kind of diet is even more visible because of the pandemic,” says López, who is a member of President Andrés Manuel López Obrador’s Morena party.

The party’s critics, however, say its leaders are using preexisting health conditions in COVID-19 patients to distract from a weak government response to the virus outbreak.

Yet few would deny the country consumes large amounts of sugar-sweetened beverages and processed snacks with little nutrition — or that Mexico has a major weight problem.

One out of three Mexicans ages 6 to 19 are overweight or obese, according to UNICEF. They may not be disproportionately affected by COVID-19 now, but they can suffer myriad health issues, especially in adulthood. 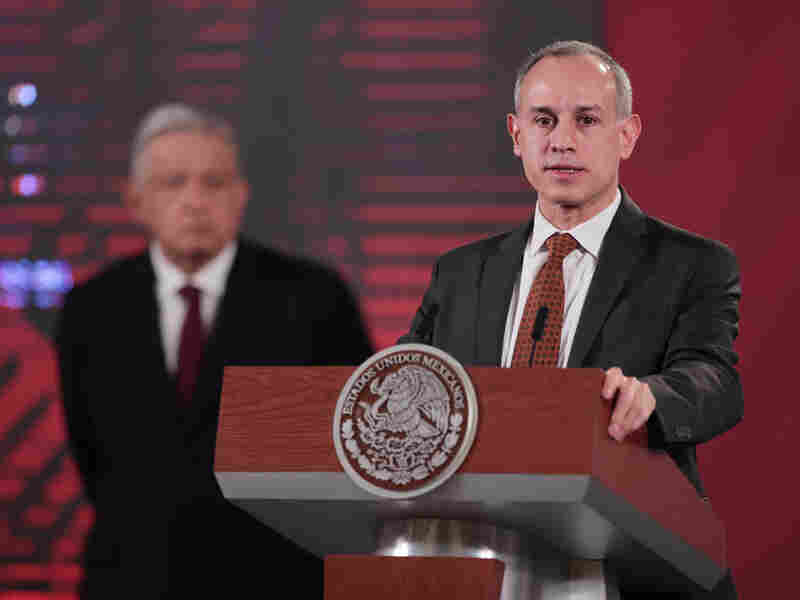 The country’s overweight health issue “is not the fault of individuals, it’s the fault of this nutritional environment that has been developed to favor those [junk food] products instead of health,” López-Gatell, Mexico’s coronavirus czar, said in July. He has since endorsed the Oaxaca bill.

Oaxaca congresswoman López says legislators from all over the country have called her for advice. In addition to Tabasco, Chihuahua state is debating a junk food ban, and Mexico City’s mayor says her administration is looking into something similar. A federal senator from Oaxaca says he wants to make it national law.

Oaxaca’s governor approved the state’s law last week. Legislators still have to draw up enforcement mechanisms, and punishment could include fines and even jail.

A nationwide law would not be easy. “There are powerful commercial interests that don’t want it to happen but we must prioritize the well-being of our children,” López says.

The business owners’ association COPARMEX said the legislation “will be an obstacle to commercial freedom and will incentivize the informal economy.”

Cuauhtémoc Rivera, the president of the National Small Businesses’ Alliance, has been a vociferous critic. “Formal businesses will close and transition to sidewalks and street corners, where consumption of these products will continue,” without regulation or oversight, he says. 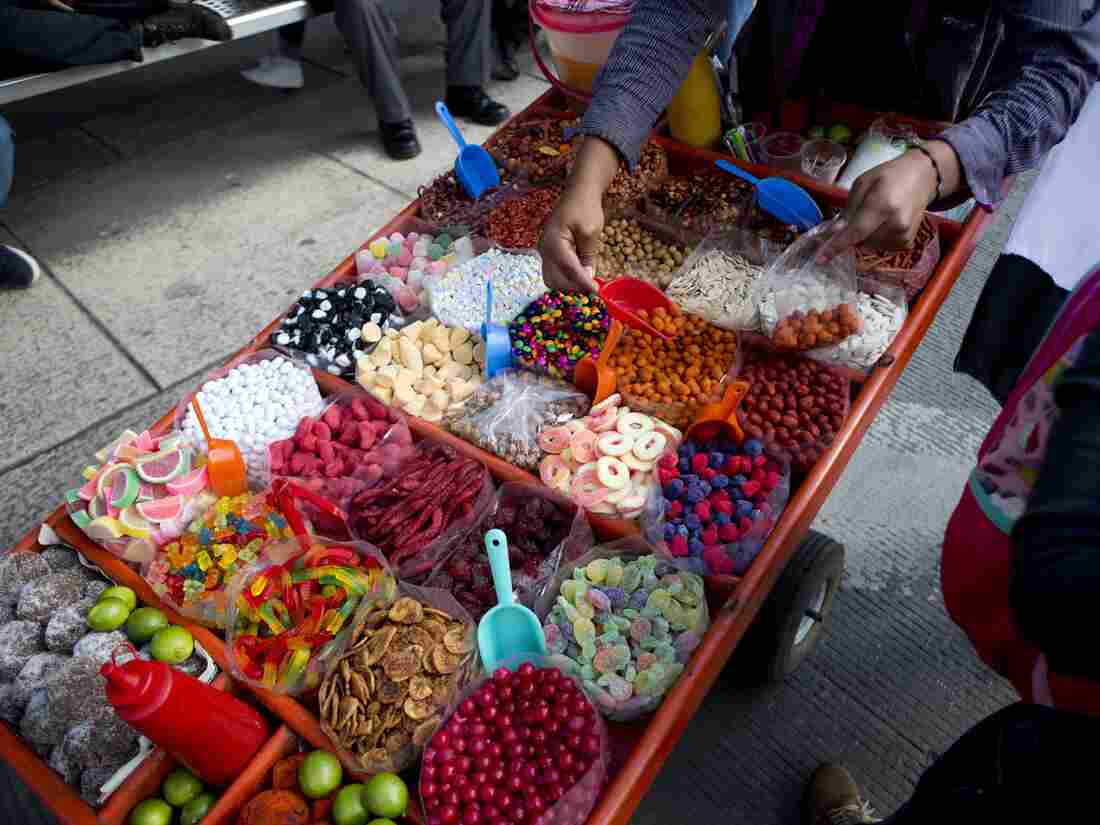 A street vendor sells sweet snacks in Mexico City in 2016. Several states are pushing to ban the sale of junk food and soda to children to improve the population’s nutrition levels. Eduardo Verdugo/AP hide caption

Rivera finds these laws particularly troubling at a time when coronavirus prevention measures have crushed small businesses. His group estimates 150,000 businesses had to close during the pandemic and it expects many will not reopen.

“The daily battle of the average Mexican is to stretch the little money you have as far as it can go, to fill the stomachs of everyone in your house,” Rivera says. The cheapest, easiest calories, especially in urban areas, he says, are things like soda, potato chips and white bread.

There are power dynamics at play that helped make these kinds of foods so widely consumed, according to Ana Larrañaga, of the public health advocacy group Salud Crítica (“critical health”).

“We should not only be looking at the companies, the brands, that are involved in the processing in the food but also the political context that allowed the lack of regulations,” she says.

Larrañaga says the government failed to regulate junk food and soda for decades. She notes that a former leader, Vicente Fox, had once served as CEO of Coca-Cola Mexico before becoming president in 2000.

In 2013, Coca-Cola tried to buy goodwill by sponsoring a school fitness program in Mexico. Several public institutions adopted the program, but it’s now widely seen as a failure.

Things began to change in 2014, when the government imposed a tax on sugary drinks. The tax contributed to a 6% drop in soda drinking in its first year, according to government research, while milk and water consumption climbed.

Larrañaga says the junk food ban for minors is another encouraging step toward nutrition, if it really catches on. “Whether this policy will work or not … I definitely think it depends on the acceptance of the population,” she says.

Oaxaca could be primed to embrace it. In the rural Oaxacan town of Villa Hidalgo Yalálag, citizens have physically blocked chips and soda delivery trucks from entering since April, saying they don’t want outsiders to bring in the coronavirus or junk food.

NPR spoke to several teenagers in Mexico City and Oaxaca state and found almost all knew about health problems related to junk food and agreed change was needed.

“I’d be frustrated at first if I couldn’t buy a Coke,” said 16-year-old Wendy Treviño, “but I’d adapt. And maybe I’d think twice and buy fruit or something healthy instead.”

And 17-year-old Daniela Santiago in Natividad, a small town in the highlands of Oaxaca, said during a workshop with a nonprofit “we learned about all the diseases associated with a bad diet, hypertension, diabetes, things like that, and I didn’t know about all that.”

Santiago thinks avoiding junk food should not be a problem, since Natividad’s residents have easy access to fresh produce and can stick with traditional dishes based around beans, vegetables, fruit and corn tortillas.

But she knows it may not be so simple in urban areas.

“People in cities are always pressured by their work or school schedule and have no option but to eat junk,” Santiago says, “even if they know it’s unhealthy.”