Virgin Australia CEO Paul Scurrah has stepped down from his role after the airline reported $349million in losses during a turbulent year.

Virgin’s administrators from Deloitte confirmed the resignation in a statement to ASX on Thursday morning.

Mr Scurrah will remain in office until November when the airline is taken over by US private equity firm Bain Capital, with former Jetstar boss Jayne Hrdlicka set to then fill his position.

‘I have continued to be so proud of the way my team and our entire organisation has fought to save this airline and to keep competition alive and well in Australia,’ Mr Scurrah said in a statement on Thursday. 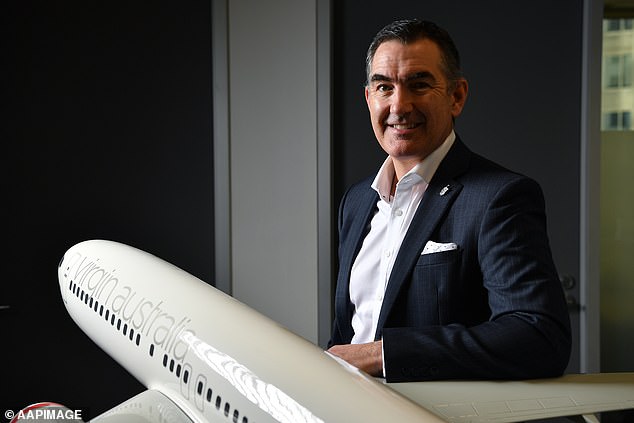 ‘We have succeeded in not just ensuring the future of the company, but also reset the business to ensure it is well placed to deliver for Bain Capital for many years to come.’

The crisis pushed Virgin into voluntary administration in April owing $6.8 billion, with its sale to Bain finalised last month.

The debt-ridden airline has subsequently cut subsidiary Tiger air, trimmed down its fleet and discontinued its business lounges until travel demand resumes.

The sudden exit comes amid speculation Mr Scurrah had clashed with Bain over plans to strip back the airline, with sources telling the Australian Financial Review that other executives are expected to follow the departure.

‘We think they’re going down a budget path, and Paul doesn’t have budget carrier experience’ a senior management source said. 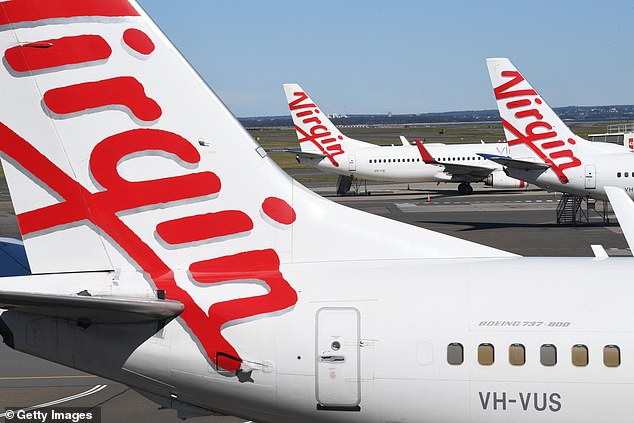 The debt-ridden airline (pictured) has subsequently cut subsidiary Tiger air, trimmed down its fleet and discontinued its business lounges until travel demand resumes

However, Deloitte dispelled rumours on Thursday, saying the new owners would maintain Virgin Australia as a full-service airline.

The Transport Workers Union (TWU) concerns about Ms Hrdlicka taking over due to her previous workers policies and have called for an urgent meeting to discuss the future of Virgin Australia.

‘We are suspending negotiations on enterprise agreements while we seek clarification on these developments,’ TWU National Secretary Michael Kaine said.

‘For our part, we are engaged in talks in good faith. If the plan and scope of the airline as outlined in August by Bain Capital has already been scrapped then this is a serious betrayal that must be addressed,’ he said.

Virgin Australia Group has been struggling under billions of dollars worth of debt and the impact of the pandemic on the passenger jet market, which has led to the near-collapse of international travel and a huge slump in domestic markets.

When it was forced into voluntary administration in April, the airline’s woes attracted a pack of private equity firms and other parties keen to acquire the airline before Bain Capital came out on top.