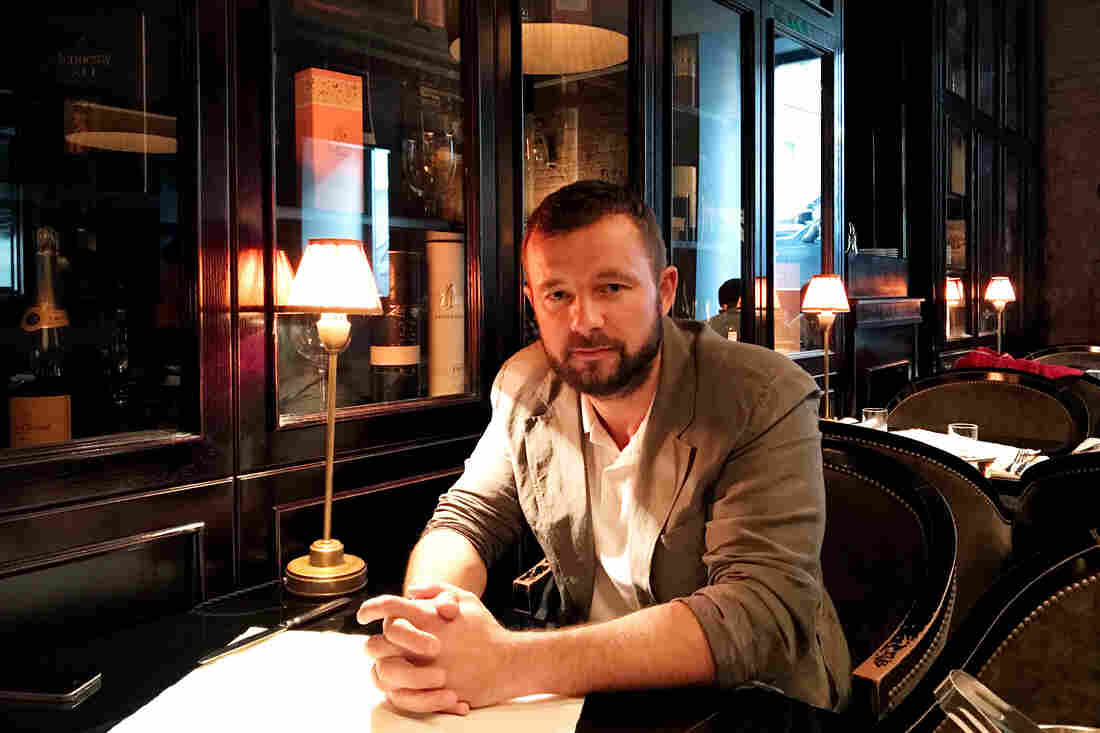 Vitali Shkliarov, a dual Belarusian-American citizen who worked on the presidential campaigns of Barack Obama and Bernie Sanders, sits in a Moscow cafe in 2017. Jailed since late July, Shkliarov is “a hostage” in Belarusian President Alexander Lukashenko’s efforts to portray the uprising against his regime as a Western-backed plot, Shkliarov’s lawyer tells NPR. Andrew Roth/The Washington Post via Getty Images hide caption

A U.S. diplomat warns that her Belarusian-American husband’s health is in “immediate danger” following his late-July arrest by security forces of the authoritarian Belarusian President Alexander Lukashenko. 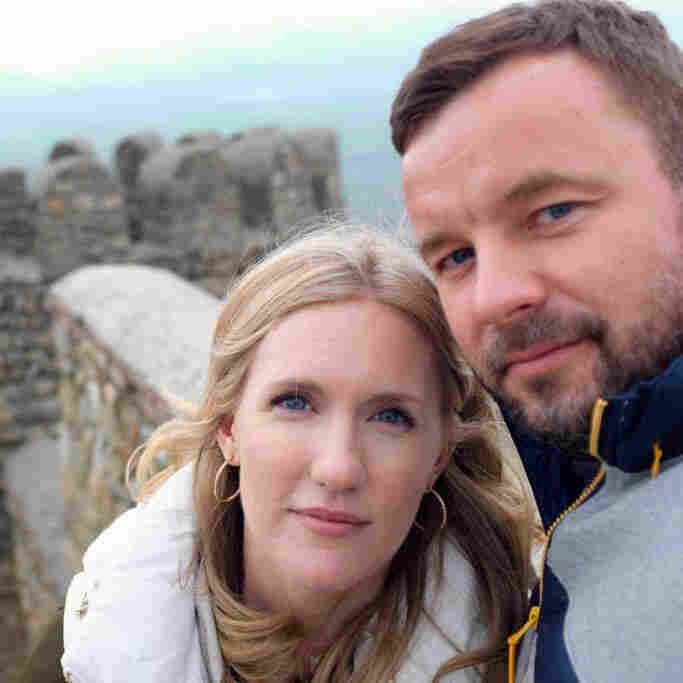 Vitali Shkliarov, a political analyst and dual citizen who worked on the presidential campaigns of both Barack Obama and Bernie Sanders, was detained while visiting his parents in his hometown of Gomel, Belarus, in the runup to the country’s Aug. 9 presidential elections, his wife, Heather Shkliarov, said in a statement released Tuesday.

“Vitali traveled to Belarus on July 9, along with our 8-year-old son, simply to visit his mother, who is suffering from advanced cancer, and to celebrate his birthday on July 11 with his family and friends,” the statement says.

She stayed behind in Virginia to prepare the family’s move to Ukraine as part of her new assignment to the U.S. Embassy in Kyiv, where she serves as a consular official.

Her husband’s troubles began as he walked to a local market, after a two-week mandatory home quarantine due to the coronavirus.

Security agents threw him into a van and drove him to Minsk — some 370 miles away. Shkliarov managed to send out one quick message on his popular Telegram social media channel: “Arrested.”

Vitali Shkliarov previously denied having worked for the campaign. Heather Shkliarov notes her husband was at home in Arlington, Virginia, on the day the alleged illegal rally took place.

Shkliarov says her husband has been under “extreme psychological pressure and deprived of basic physical liberties” in prison, with guards constantly moving him between overcrowded cells. Lights are kept on round the clock and loud music “blares all night” to disrupt sleep.

“He has been subjected to extreme strip searches, forced to stand naked in a cell for hours at a time, and never allowed even to sit down on his bed during the day,” she writes.

She also expresses growing concerns over his potential exposure to COVID-19.

“On September 8, Vitali started feeling extremely ill,” she writes, “and for several days in a row, has reported a fever of over 102 degrees, along with respiratory issues, chills, and muscle pains.”

Her husband’s lawyer, Anton Gashinsky, tells NPR that Shkliarov received an initial test for COVID-19 on Wednesday, though it is unclear when results will be available. Shkliarov claims to have lost his sense of smell and taste, Gashinsky says, but remains in a general cell with other prisoners.

“Vitali is suffering this fate not because he was a protestor or involved in any way in the presidential election in Belarus,” Heather Shkliarov’s statement says.

Her husband’s only offense, she says, was that he had written articles criticizing Lukashenko.

“To this day, he has bravely refused to admit to crimes that he did not commit, and so he remains in jail.”

View to a revolution

Shkliarov’s detention has unfolded against the backdrop of a wave of mass protests calling on Lukashenko to resign after the Belarusian strongman claimed an improbable landslide win in the August elections.

Gashinsky says his client’s American citizenship has made him “a hostage” in Lukashenko’s larger efforts to portray the uprising as a Western-backed plot — an argument Lukashenko made to Russian President Vladimir Putin this week as he sought reassurance of critical Kremlin backing for his regime.

“Vitaly ideally fits Lukashenko’s theory of outside influence on the protests,” says Gashinksy. “Here’s an American political spin doctor born in Belarus who they can tie directly to the protest movement.”

Secretary of State Mike Pompeo and other top State Department officials have called for the release of Shkliarov and others “unjustly detained” by Lukashenko.

A State Department official who did not want to be named tells NPR consular officials have been granted four visits to Shkliarov since his arrest — the last one on Sept. 11.

Heather Shkliarov’s statement notes that “views expressed in this statement are my own and do not necessarily reflect those of the Department of State or the U.S. government.”

A commitment to grassroots politics

A political commentator on events in America and the former Soviet Union, Shkliarov’s writings have appeared in Foreign Policy magazine and Russia’s independent Novaya Gazeta, among other publications. He was recently a fellow at Harvard’s Davis Center for Russia and Eastern European Studies.

But Shkliarov also made his name working on presidential campaigns in Russia, Georgia and the United States —  where he worked as a volunteer for President Obama in 2012 and as a field staff organizer for Vermont Sen. Bernie Sanders in 2016.

He later served as a campaign advisor to liberal candidates in Georgia and Russia — including socialite Ksenia Sobchak’s failed bid against Putin in 2018.

He has said his interest in grassroots politics was sparked by his experience among hundreds of thousands watching Obama deliver a landmark speech in summer 2008 in Berlin.

“So, just imagine you grow up on some brainwashed, communist crap on TV,” said Shkliarov. “And then it’s like, what’s happening? Why does my country not have politicians or ideas like this?”