Is this why she choked up? How under fire Queensland Premier Annastacia Palaszczuk quietly lost her grandmother during the pandemic – as border closure backlash could cost her the election

When under-fire Annastacia Palaszczuk teared up in public last week about ‘losing loved ones’ during the pandemic, she was thinking of her grandmother, 95, who quietly died two months ago.

The Queensland Premier was angrily accused of ‘crocodile tears’ on social media last week when she choked up over criticism about a nurse, 26, being banned from attending her dad’s funeral.

Amid a media furore and growing exasperation with the state shutting its doors to the rest of the country, the Premier welled up as she said: ‘I’m human like everyone else.

‘These issues hurt me deeply. They hurt me deeply because during this pandemic I have lost loved ones as well. I know exactly what people are going through, OK?’

Despite critical comments on social media, it can be revealed that the Premier quietly mourned the death of her ‘best friend’ two months ago.

The Premier’s nanna Beryl Erskine died in June 21. She was 95. 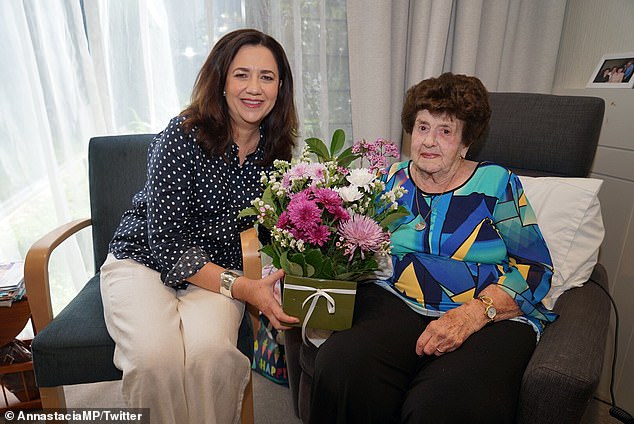 Ms Palaszczuk’s voice cracked as she spoke last week, and she didn’t single out who she was specifically speaking about.

That gave rise to criticism on social media she was performing or being insincere.

One Facebook user called her a ‘paid actress’ and another labelled it ‘crocodile tears’.

A third added ‘I bet she didn’t cry before there was a public backlash,’ while a fourth said: ‘Right now I’m ashamed to be a Queenslander.’

But a newspaper death notice makes clear that the Premier had simply kept the death of Mrs Erskine private until now.

In the death notice, the late Mrs Erskine was described as ‘adored by all who knew her’.

‘Annastacia’ was simply listed among Mrs Erskine’s beloved grandkids, alongside her three sisters Catherine, Nadia and Julia, and the Premier’s parents Lorelle and Henry.

She wasn’t specifically described as the grandmother of the state’s premier.

Under coronavirus restrictions, her funeral was open to up to 100 guests who were required to abide by social distancing restrictions.

In a sign of the times, it was also livestreamed.

The death went unremarked upon by the media until the identity of her mystery loved one was reported by InQueensland at the weekend.

It has since been confirmed by state government officials. 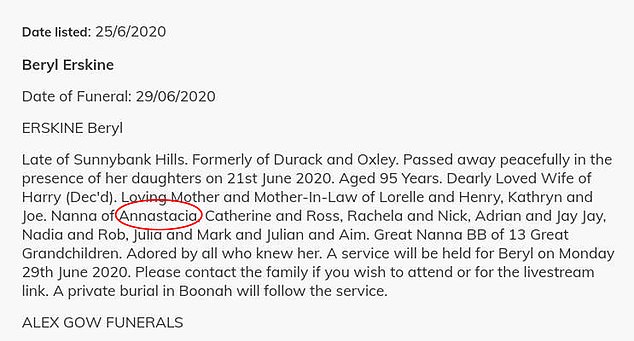 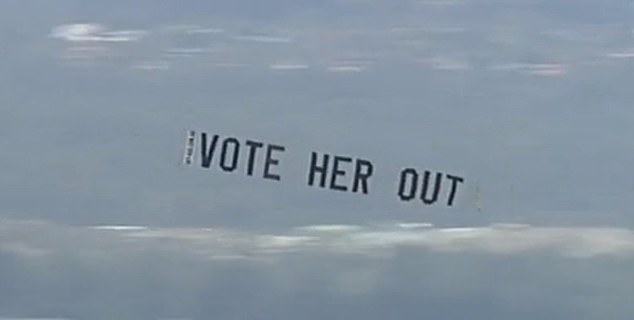 The criticism comes at a time of intense public pressure for Ms Palasczuk, weeks before the October 31 election.

An opinion poll commissioned by a coal company and released on Monday showed a surge in support for the Opposition in marginal seats.

A tradesman paid for a plane to fly over Brisbane late last week carrying the slogan: ‘VOTE HER OUT’.

Ms Palaszczuk’s announcement that the state was welcoming 400 AFL officials, players and their wives for the grand final – and allowing them to quarantine at a resort – has likewise sparked criticism, coming about the same time desperate daughter Ms Caisip was refused to attend a funeral. 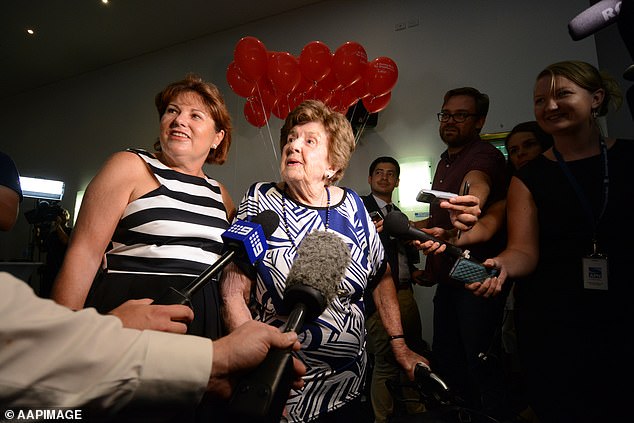 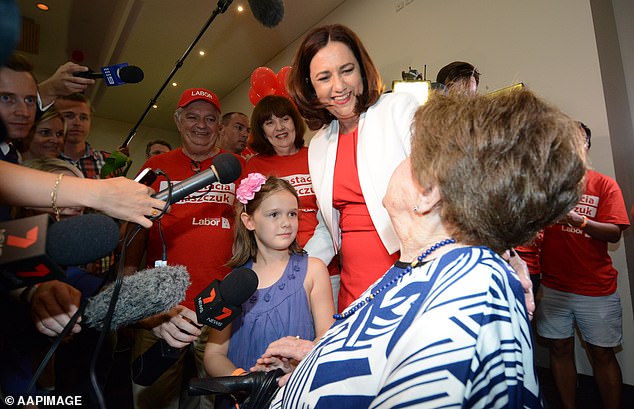 Ms Palaszczuk and her grandmother as the Labor leader won the 2015 state election. The Premier’s politician father, Henry, wears a red hat on left

There is no doubt Ms Palaszczuk was close with her nana – with a record of speaking about her over two terms as Premier.

Mrs Erskine wheeled into Ms Palaszczuk’s election party in 2015 and made an early prediction to reporters that she would win.

‘Her best quality? Her brains, she’s got a brain,’ Mrs Erskine said.

In 2017, Ms Palaszczuk visited her grandma at her retirement village the same she visited the state’s Governor to dissolve Parliament and announce an election.

‘She’s very important to me,’ the Premier tweeted at the time.

The Premier most recently mentioned Mrs Erskine in Parliament at the start of the pandemic.

‘I’ve got a grandmother in aged care,’ she told Parliament in March. ‘I understand people are anxious about their loved ones.’

Three months later, Mrs Erskine died peacefully with her daughters at her side. 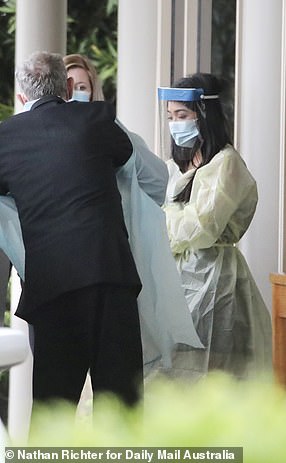 Sarah Caisip (above) was allowed to see her father’s body, alone, while dressed in full personal protective equipment

Ms Palaszczuk told state Parliament she ‘would not be bullied’ by Mr Morrison.

She said the authority for the decision rested with the chief health officer, Dr Jeannette Young.

As controversy raged, Ms Caisip was granted something of a reprieve and allowed to see her father’s body, alone, following the funeral.

But she was required to dress in full personal protective equipment – including a face shield – and was unable to hug her nearby family members.

The incident became symbolic of the political row over border closures.