No ScoMo Zone: Annastacia Palaszczuk would make the Prime Minister quarantine for 14 days if he wanted to visit Queensland during the state election campaign

The prime minister is allowed in for work purposes but would have to quarantine for 14 days like other politicians, health officials have confirmed.

Mr Morrison, who last visited Queensland in July to announce funding for the film industry, has no plans to head north until the borders are relaxed.

It means he will be unable to campaign locally for the Liberal-National party in the run-up to the state election on 31 October. 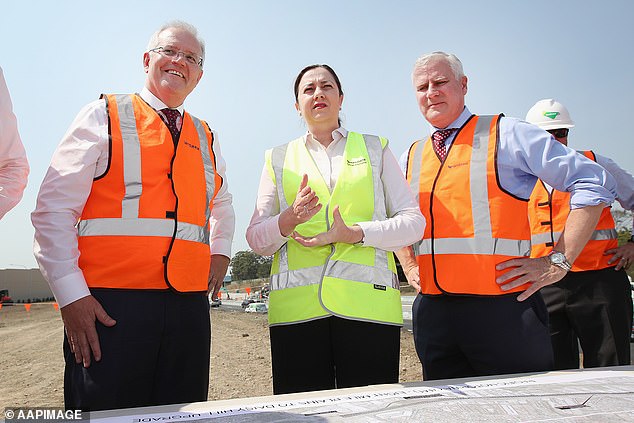 Even WA Premier Mark McGowan, who has the toughest border closures in the country, has said he would let Mr Morrison visit without having to quarantine.

‘I’d be more than happy to show him around,’ the premier said earlier this month.

But Queensland has said no exception will be made for the country’s leader.

A Queensland Health spokesman told news.com.au: ‘[Elected representatives] can enter Queensland from a declared COVID-19 hotspot, such as the ACT, to return to their electorate or to perform official duties.

‘They must enter via air and will be required to quarantine for 14 days from the date of arrival as per global quarantine requirements.’

Queensland’s borders are closed to Canberra residents even though the city has not had a coronavirus case for 68 days.

Chief Health Officer Jeanette Young, who admitted she was extremely ‘risk averse’, has designated Canberra a hotspot because it is ‘in the middle of NSW’.

On Wednesday South Australia opened its borders to Canberra, allowing residents and tourists to enter by air without quarantine. 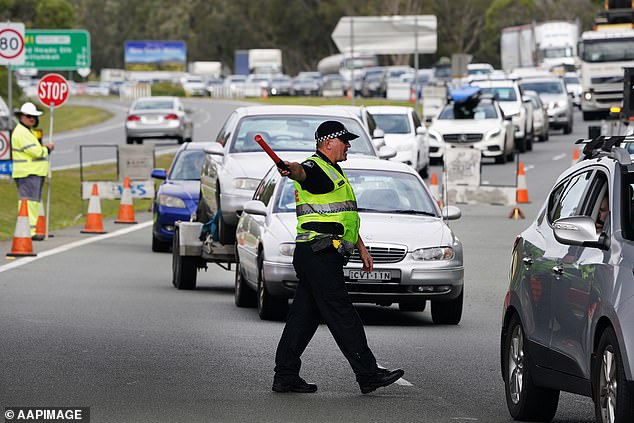 Queensland’s borders are closed to Canberra residents even though the city has not had a coronavirus case for 68 days. Pictured: Coolangatta on the NSW-QLD border

Mr Morrison has been urging Queensland to relax its border controls with the ACT and NSW, where case numbers are low.

Last week he asked Ms Palaszczuk to let a 26-year-old nurse attend her father’s funeral but the premier refused and accused him of ‘bullying and intimidating’ her.

Sarah Caisip, who lives in coronavirus-free Canberra, applied for an exemption last month to visit her sick father Bernard Prendergast in Brisbane – but it took 20 days to get approved and he died of liver cancer two days before her flight.

The young woman was banned from attending her father’s funeral on Thursday and was instead only granted a private viewing of his body.

Mark Keans, from Brisbane, was diagnosed with inoperable brain and lung cancer in late July and the doctors believe he won’t make it past Christmas.

Health authorities had initially said only one of Mr Keans’ four Sydney-based children – all of whom are under the age of 13 – could cross the border to see him one last time.

Queensland Health did not at first respond to multiple requests for an exemption from the truck driver’s family, but later told them they can drive into the state and pay for two weeks quarantine in a Brisbane hotel.

A fundraising page to pay for their quarantine has raised more than $200,000, including a $1,000 donation from Prime Minister Scott Morrison. 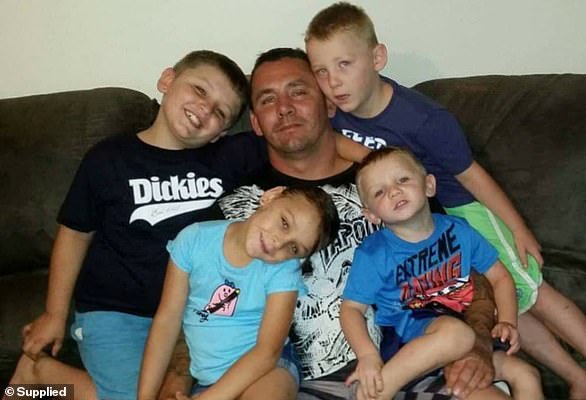 Kimberley Brown and her husband Scott, from Ballina, in northern New South Wales, were told on August 12 that their unborn twins had developed twin to twin transfusion syndrome.

Mrs Brown needed urgent surgery but despite living just two hours away from Queensland’s Mater Hospital doctors told her she would need to apply for a border exemption, which took too long.

She was flown 750km to Sydney but lost one of her twins.

It came ten days after Premier Palaszczuk declared that Queensland hospitals are ‘for our people’. 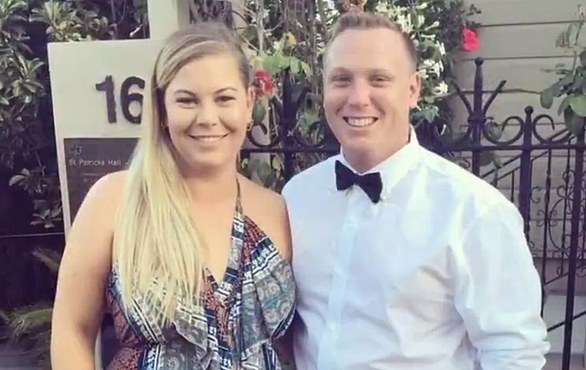 Kimberley Brown and her husband Scott, from Ballina, in northern NSW, learned that they had lost their unborn baby after being forced to travel 750kms because of Queensland’s border restrictions

The grandmother-of-seven requested an exemption from hotel quarantine to self-isolate at home on the Sunshine Coast, but was rejected twice.

She blasted Queensland Premier Annastacia Palaszczuk, who allowed 400 AFL players and officials from coronavirus-riddled Victoria to enter the state and quarantine in a luxury hotel. 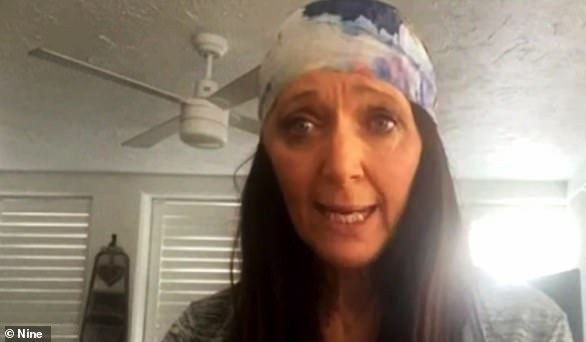 Sarah Caisip, who lives in coronavirus-free Canberra, applied for an exemption last month to visit her sick father Bernard Prendergast in Brisbane – but it took 20 days to get approved and he died of liver cancer two days before her flight.

The young nurse was banned from attending her father’s funeral on Thursday because officials believed she is a Covid-19 risk even though the ACT has had no cases for 60 days.

Ms Caisip was only granted a private viewing of her father’s body, surrounded by guards and forbidden from seeing her shattered mother and 11-year-old sister. 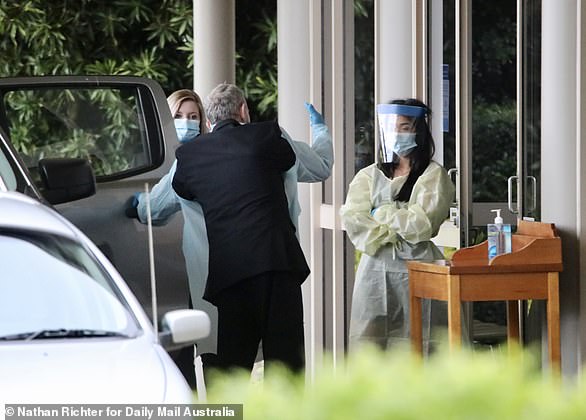 Sarah Caisip was only granted a private viewing of her father’s body, surrounded by guards