The doctor will see you now…but only if you’re paying: GPs’ appointments become available for cash while NHS surgeries stay shut

By Stephen Adams Medical Editor For The Mail On Sunday

Family doctors employed at NHS surgeries that have suspended routine face-to-face appointments are working for private practices where they are happy to see patients in person for cash.

Since the lockdown began in March, NHS patients have struggled to secure so-called in-person appointments with their GP as services have been provided online or by telephone to reduce the risk of spreading coronavirus.

But an investigation by The Mail on Sunday has found some GPs who work for such NHS practices are willing to see people face- to-face – as long as those people are prepared to pay for the privilege. 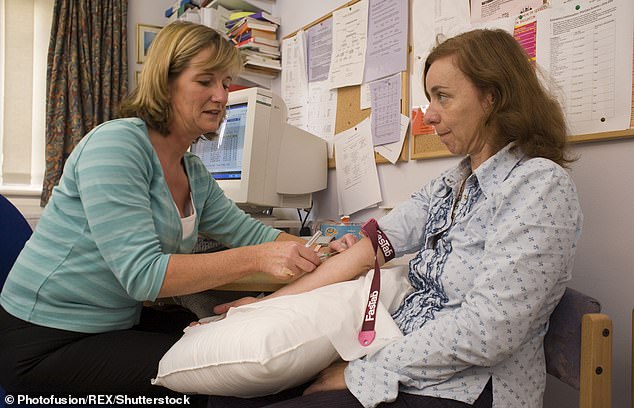 For £49, patients can obtain a 15-minute, in-person appointment with GPs in private London clinics run by DocTap. A 30-minute face-to-face slot costs £89.

Advertising its service, DocTap states: ‘We firmly believe that GP appointments are better off carried out face-to-face with a doctor wherever possible.’

Among those offering private in-person consultations are two doctors who usually work at Tollgate Medical Centre, an NHS practice in Beckton, East London. Since February, Tollgate has asked patients to fill in an online consultation form before waiting up to 48 hours for a response ‘via phone or text’.

Another DocTap GP works at Ampthill Practice near Camden Town, North London. According to its website, the surgery is currently ‘dealing with patients by telephone only’ and adds: ‘Our doors are closed to the public… we are sorry for the inconvenience caused.’

STEAMED UP, MICHAEL? HERE’S THE ALL-CLEAR 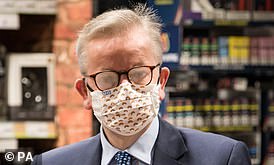 Michael Gove fell victim to the dreaded fogged-up glasses last week while wearing a mask – leaving many wondering how to avoid getting steamy in them.

Some took to social media to complain that they have to ‘pick between breathing or seeing’ when warm breath exits the top of the mask and hits the cooler surface of the lens, creating condensation.

But now eyewear designer Tom Davies has a solution.

The bespoke optician, who designed glasses for actor Henry Cavill to play Superman, recommends rubbing a bar of soap on the inside of lenses, then using a cloth to clear the lens. He says the glycerine in the soap will act as a barrier against fogging.

Mr Davies also suggests resting the top of the mask higher up the nose and placing your glasses frames on top in their usual position. He says this helps to stop air escaping up into your eyes.

Television doctor Hilary Jones advises dipping spectacles in soapy water and letting them dry. But Mr Davies prefers to avoid water as it may damage some lens coatings – and horn-rimmed frames.

A fourth family doctor works at London Fields Medical Centre in Hackney, whose patients have been told: ‘During the coronavirus pandemic we are currently not booking face-to-face appointments.’

Each of the surgeries said they will provide face-to-face appointments if clinically necessary.

Dan Faber, the founder of DocTap, defended the conduct of the doctors working for his firm.

‘These GPs are salaried NHS doctors, not practice partners,’ he said. ‘They work under the conditions directed by their employer – either DocTap or their NHS surgery – depending on the day.

‘Whether they work predominantly on the phone or face-to-face is not a decision they make, but is determined by their employer.’

He said DocTap, one of many private providers now advertising face-to-face GP appointments, was able to offer them safely by strictly limiting the number of patients in its clinics at any one time.

There is no suggestion that any of the doctors are breaking the terms of their NHS contracts – which allow them to divide their work between NHS and private work – or otherwise acting improperly.

However, the situation highlights how NHS patients face having to go private for what, until very recently, was standard NHS GP care.

It comes amid concerns that doctors’ lobby groups are manoeuvring to use the pandemic to reduce the number of face-to-face appointments.

The Royal College of GPs and the British Medical Association want to embed ‘new ways of working’ into the system, which could include patients routinely filling in pre-consultation forms online and being telephoned by a GP before then being assessed for an in-person appointment.

Last week, the RCGP leapt on an official NHS survey of GP patients as evidence such ways of working were popular.

Ipsos Mori, which conducted the research, found 82.5 per cent of those surveyed from March 23 to April 3 rated their GP experience as ‘good’ compared to 80.5 per cent in the same period the previous year.

However, just one per cent of responses to the GP Patient Survey 2020, conducted from January 2 to April 3, were submitted after lockdown started.

Ruth Rankine, of the NHS Confederation, said: ‘As lockdown eases, it will be important for people to be able to access care in a way that meets their individual needs and recognises that for some, remote consultations will not be suitable.’