Butterfly enclosures, pool selfies and touch footy: Inside Buddy Franklin’s AFL ‘quarantine’ hub as the Swans player makes the most of the five-star hotel while being away from his wife Jesinta and baby Tullulah

The club has spent much of the coronavirus-disrupted season on the road and have been based at the beachside five-star Sheraton Grand Mirage Resort in Port Douglas for the last three weeks.

Despite being sidelined with an ongoing hamstring injury, Franklin has joined his teammates for the road trip and is making the most of luxury resort facilities while being away from home.

He’s been apart from wife Jesinta and baby daughter Tullulah since July, who remain back in in Sydney.

On Thursday, the 300-game AFL star posted a photo soaking up the sunshine as he chilled out in one of the resort’s massive lagoon saltwater pools with fellow Swans stars Tom Papley, Ryan Clarke and Justin McInerney. 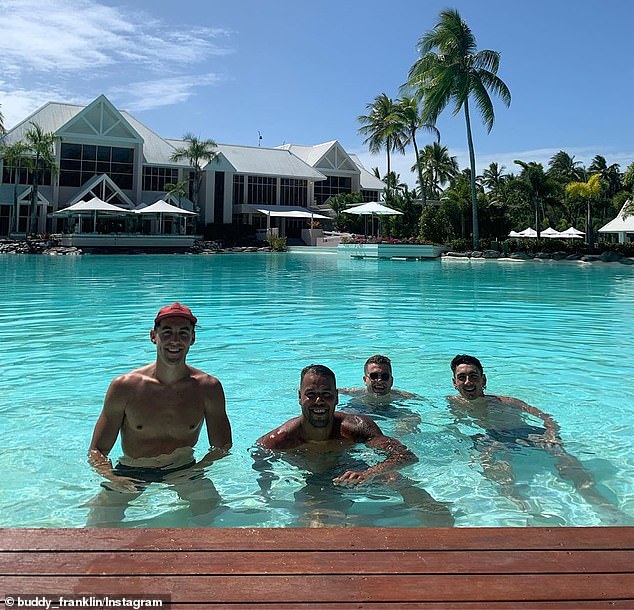 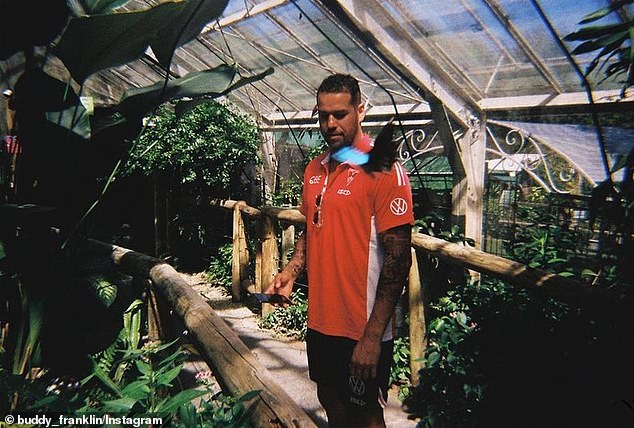 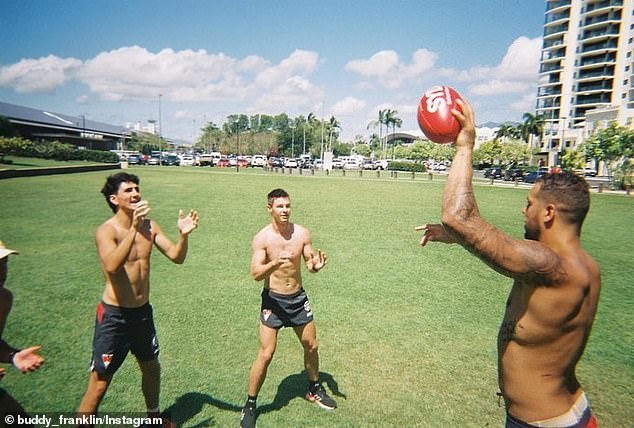 A day earlier, Franklin shared photos of a relaxed game of touch footy with teammates, a visit to a local butterfly sanctuary and boarding a flight.

‘In the hub,’ he captioned the photos.

The Fremantle Dockers and Melbourne Demons have also been based at the Port Douglas AFL quarantine hub in recent weeks.

Last week, Dockers captain Nat Fyfe uploaded a selection of pictures from a picturesque waterfall along with fellow teammates. 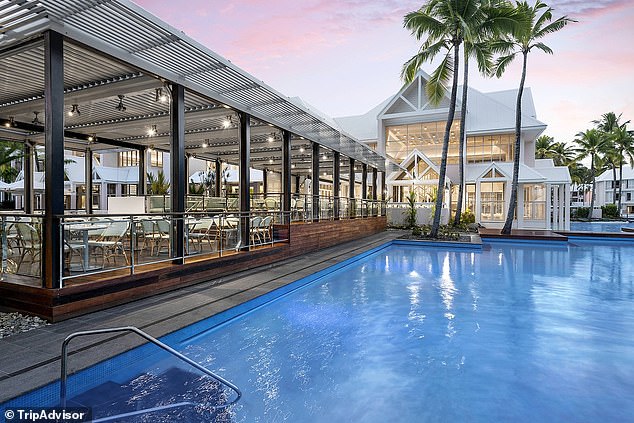 Tourism bosses in the region have hailed the AFL hub as an early Christmas gift for sports fans in Far North Queensland.

An hour’s drive north of Cairns, Sheraton Grand Mirage Resort is the only property with beachfront access to Port Douglas’ Four Mile Beach.

Amenities include two hectares of sparkling saltwater lagoon pools, an 18-hole golf course while some rooms have with private/swim out balconies.

The 15th-placed Swans have won just five games in 2020 and hope to end their season on a high note with an upset win against the Geelong Cats on the Gold Coast on Sunday. 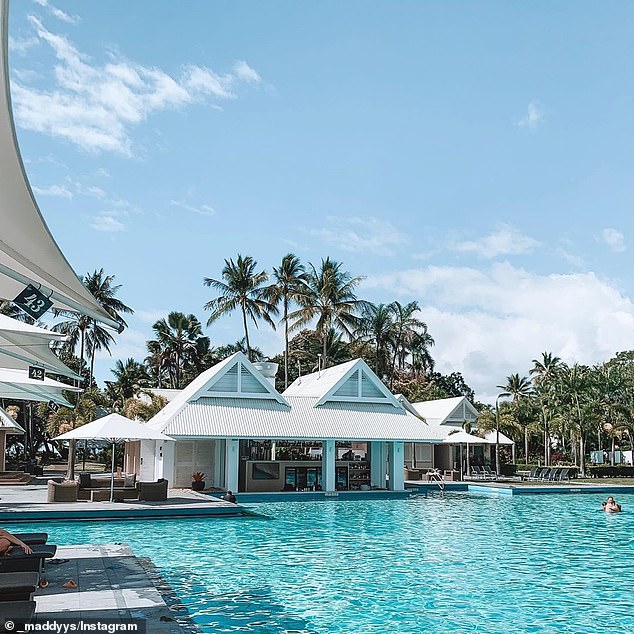 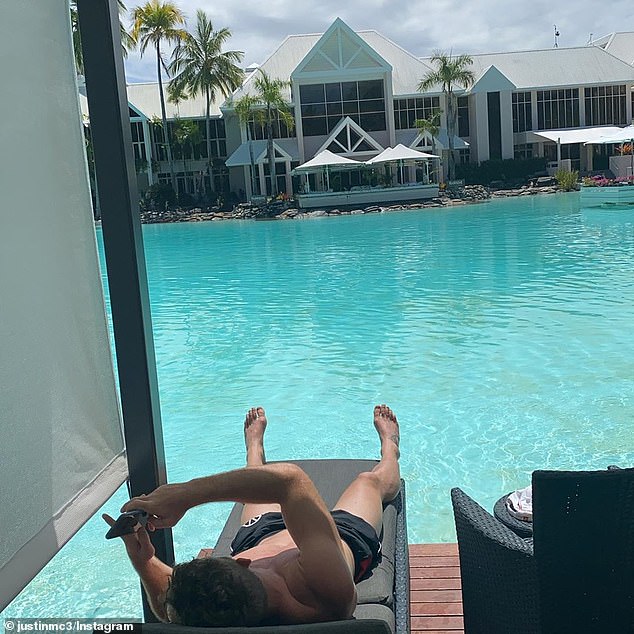 It comes after 400 AFL players and officials flew into Queensland from coronavirus-riddled Victoriaa fortnight ago after being given approval to dodge the state’s lockdown.

AFL WAGs and officials were spotted living it up in ‘hotel quarantine’ – sipping cocktails by the pool and enjoying drinks at the bar each night at their luxury Gold Coast resort.

The vision is a world away from the experience of other travellers who have desperately fought to enter Queensland. 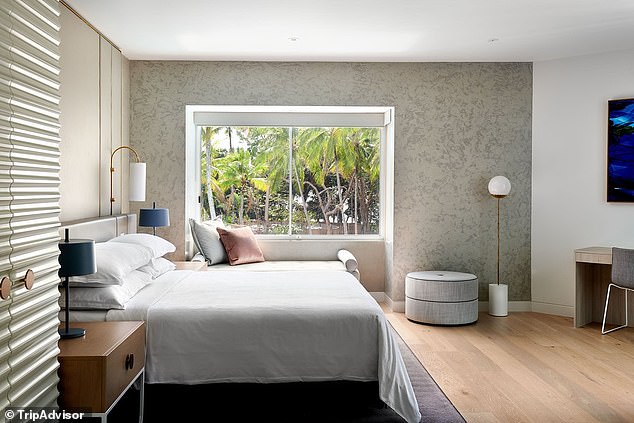 The Sheraton Grand Mirage Resort is located an hour’s drive north of Cairns. Pictured is one of the lavish five-star rooms