DR ELLIE CANNON: Ministers must give us ALL the facts – and be honest about what they don’t know

By Dr Ellie Cannon for The Mail on Sunday

Are you happy now? That was, in a nutshell, what one angry reader who wrote to me late last week wanted to know.

The Government, it had been announced, was reimposing limits to meeting others – from 30 people down to six. The reason was the ominous rise in Covid-19 cases across the country, with newly released figures showing those under 30 accounting for the majority of these.

Since June, I’ve argued, passionately, for the reopening of schools to give our children back their lives. It also makes scientific sense that, from here on, a more risk-specific approach to distancing guidance and restrictions be introduced – mainly because the virus is so mild for the vast majority of younger people, and so deadly for older people and some others.

Of course, what I’ve never called for is throwing caution to the wind or rule-breaking. And if, as Health Secretary Matt Hancock suggested last week, the rise in cases was in part driven by middle-class youngsters and twentysomethings flouting guidance, then it should give pause for thought. 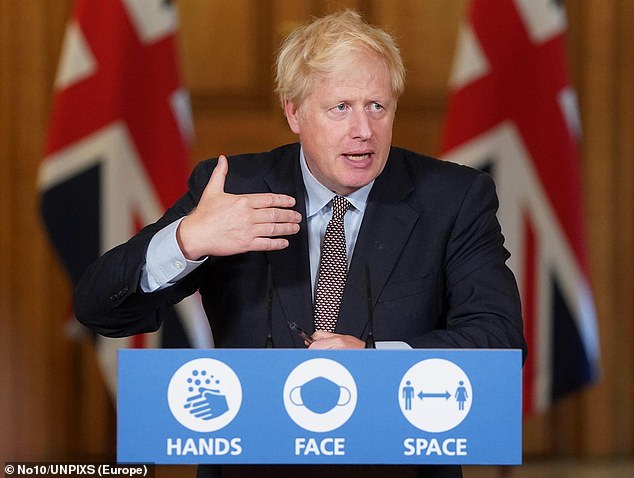 Prime Minister Boris Johnson pictured giving a press conference on the new Covid-19 restrictions in England. From Monday, the government will introduce the ‘rule of six’

Meanwhile, my words seem to have been even more widely misinterpreted by another, more troubling group.

In my article last weekend I tried to answer the question everyone seems to be asking at the moment: Why, when Covid-19 cases are soaring, are deaths (for the time being at least) staying low?

Yes, young people are getting it more, and they don’t get so ill, so there’s that. But I paid particular attention to one theory being talked about by some virologists: the idea that the amount of the virus we’re exposed to in the first instance has a direct baring on how sick we get.

We see this with other infections, such as chicken pox.

If we get a lower dose, we get less ill as the immune system can mount a robust defence. But if we breathe in large amounts of the virus – such as through face-to-face contact – the number of infected cells in the body overwhelms the immune system and the illness is worse.

My conclusion was that, if this theory held true, then social distancing, handwashing and masks might not be stopping people from getting Covid-19 completely, but they’re getting it in a low enough dose to trigger only a mild illness.

And I once again questioned the continuing fear there will be a second wave of Covid-19 that kills as many or even more than the first.

I’ve said all along that if we stick to the guidelines (more on those later), I believe we won’t get a second wave.

But within minutes of the article’s publication, I was inundated with supportive messages from conspiracy theorists who’d hijacked my words to reflect their pandemic-denying agenda. Some Twitter users – who use #KBF to show their support for the mask-rejecting Keep Britain Free movement – actually thanked me for my article. They thought it supported their notion that Covid is over, that we should all relax, move on and get back to normal.

Of course I never wrote anything of the sort, and much as I’d love that to happen, it’s just not possible without risking a disaster. And if they’d bothered to read anything I’ve written in the past, they’d know I was one of the first to advocate the use of masks, way back in April, as a way of preventing Covid spread. In fact, because of my public stance, I’ve been endlessly trolled by #KBF loons. 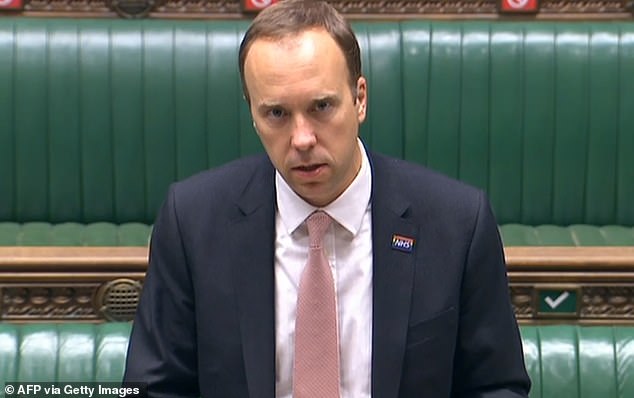 All water off a duck’s back. But, to be honest, the fact that I’d unwittingly become a poster girl for the Covid-deniers shook me.

I pored over my previous articles. Had I said something misleading? But I stand by everything I’ve written. So what’s changed? Well, for a start, people seem to be becoming increasingly polarised. It’s either ‘Covid restrictions are like Nazi Germany!’ or ‘We’re all going to die! Lock down till there’s a vaccine!’

Of course, neither view has much bearing on reality. There is, as I’ve always tried to demonstrate, a middle way. It seems this is confusing those who think I’m either on their side or somehow against them, when I’m in neither camp.

And where, I wondered, had our health chiefs disappeared to when they should be guiding and informing us? Early in the pandemic, we had the daily briefings. Ministers, often flanked by chief medics and scientists, would explain what was going on. They’d show graphs and patiently answer endless questions in detail. But then that stopped.

And I think this has left gaping holes in the nation’s understanding of the current situation.

It’s no surprise that, slowly, these holes become filled with irrational fear or spurious ideas, such as those being pushed by the #KBF lot. Untruths become oxygenated when the answers from authorities are lacking. It creates the perfect breeding ground for fake news – the reason why usually rational people fall victim to it.

Often it’s a case of a small sliver of truth being crudely misinterpreted – as was the case with my own article – to fit an agenda.

I was so enraged, on Monday I emailed the Department of Health and Social Care suggesting they restart the daily podium briefings. They responded – but only with a simple thank you.

But the Prime Minister and I are obviously thinking along the same lines, because on Wednesday he appeared on TV, with Chief Medical Officer Chris Whitty and Chief Scientific Adviser Patrick Vallance, to announce the latest on Covid-19 case numbers, explain forthcoming restrictions and to launch the new slogan: ‘Hands, Face, Space.’

I’m all for this. It reinforces the basics of personal responsibility, which is a good start. But they can’t stop there. 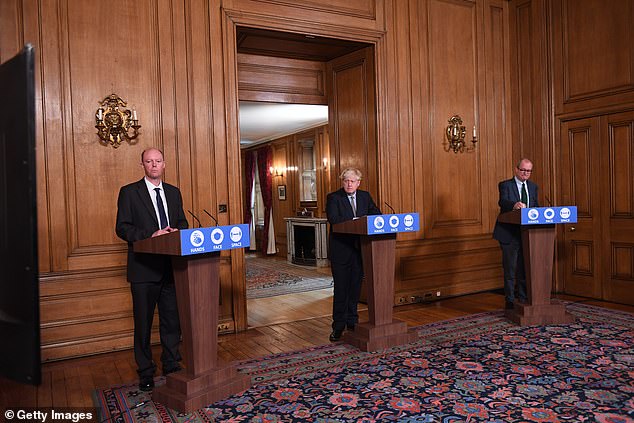 I know I’m not alone in feeling slightly bamboozled at the moment. There are local lockdowns, and new limits to meeting in groups (no more than six people), but we’re encouraged to visit bustling restaurants, take holidays abroad and go back to working in offices.

Rising cases amid falling deaths seems nonsensical, and if there really is a great risk, should we be worried or go about our lives? Do middle-aged and older people need to start taking more care? Please tell us as soon as possible, and keep us up to date. Every single day.

It’s OK for a Minister to get up there and really explain these things, because I do like to think that what they’re advising is for our collective best.

It seemed that Mr Johnson woke up to the renewed need for proper, clearer guidance – this being that it’s not all over and there will be no easy escape from Covid.

During the coming months we’ll be fatigued, frustrated and desperate for a magic bullet.

And while officials must do more to provide facts, and give clear messages about what we should do, we must also learn to live with question marks.

Uncertainty feels uncomfortable, I know. But at this stage, we’ve been through worse.