NHS managers told care homes to put blanket ‘do not resuscitate’ orders on ALL residents at height of Covid crisis, report shows

By Sam Baker For Mailonline 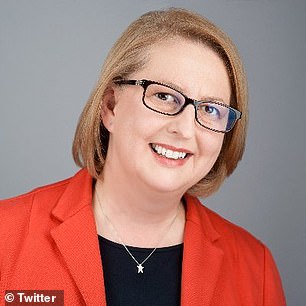 Professor Alison Leary MBE (pictured) wrote the report which found that one in 10 care home staff were told to change resuscitation orders for patients, in some cases without consulting family members first

NHS managers told care homes to put a blanket ‘do not resuscitate’ order on all of their residents during the peak of the Covid crisis, according to a new report.

A report written by Professor Alison Leary MBE for the Queen’s Nursing Institute, found that one in 10 care home staff were told to change resuscitation orders for patients, in some cases, without consulting family members first, the Daily Telegraph reports.

Other care home staff said that at the height of the coronavirus crisis, hospitals were refusing to admit residents from care homes.

Leary, who is a Professor of Healthcare and Workforce Modelling at London South Bank University told the paper that she was surprised to see so many people responding with issues surrounding ‘do not resuscitate’ orders.

She said: ’10 per cent of the respondents raised an issue, because they were either blanket decisions for whole populations, or they were imposed without discussion with the care home or the family or the residents, and that is really worrying.’

Professor Leary also called for an enquiry to be conducted into the way that care homes were dealt with during the crisis.

One fifth of the 128 nurses and care home managers involved in the survey claimed to have received patients from hospitals who had tested positive for coronavirus. 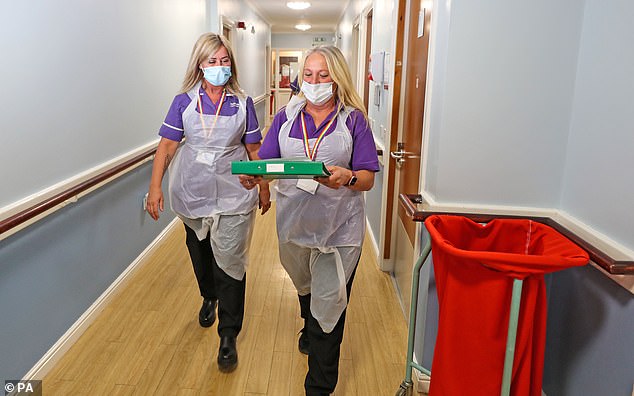 Almost half of the staff surveyed said that residents sent to them from hospitals had arrived before being tested.

The chief executive of the Queen’s Nursing Institute, Dr Crystal Oldman CBE, said that more needs to be done to understand the pressures faced by care homes during the pandemic.

Meanwhile, Health Secretary Matt Hancock has promised to introduce population-wide mass coronavirus testing – but failed to offer a time frame and referred to the project as a ‘moonshot’.

The Health Secretary told the BBC’s Today programme that the government would bring in mass testing and ministers were working as ‘fast as we can’ on the scheme that is crucial for a further return to normality.

Around 100,000 people are being tested for coronavirus each day — but academics have warned it needs to be scaled-up massively to cope with the coughs and colds that will arise this winter.