Back together at a cost of $12,000! Australian traveller, 29, has emotional reunion with her beloved dog which was stuck in Massachusetts for SIX MONTHS due to Covid travels bans

By Ryan Fahey For Mailonline

A woman was forced to spend $12,000 to be reunited with her beloved dog after the COVID-19 travel lockdown separated them for six months.

Georgie Boyd, 29, had been living with her dog Boston in New York but was in London applying for a new American visa when the pandemic hit.

She was refused the visa for underlying issues and was unable to get a tourist visa to return to New York as the border between the UK and the USA closed.

Wedding planner Georgie had no option, but to return to family in her native Australia, leaving Boston 10,000 miles away in the states. 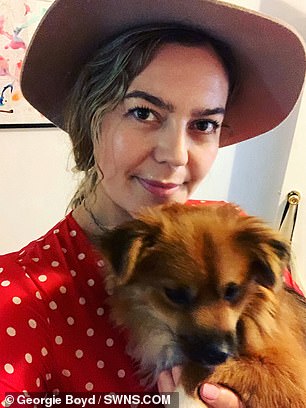 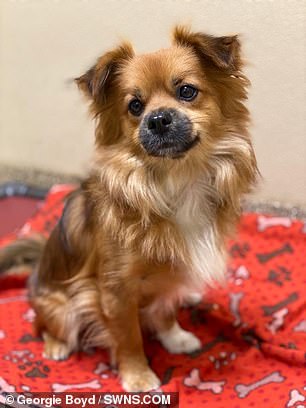 A woman was forced to spend $12,000 to be reunited with her beloved dog after the COVID-19 travel lockdown separated them for six months 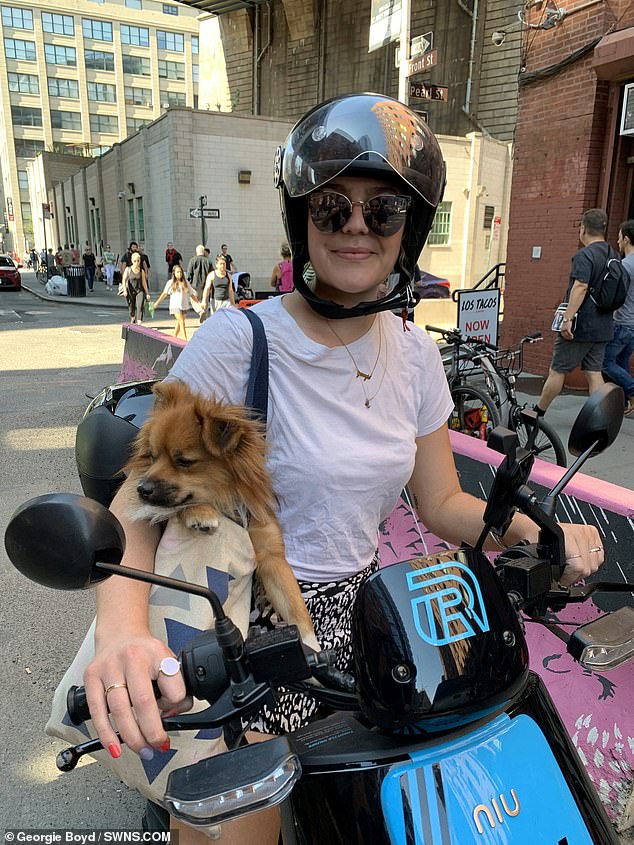 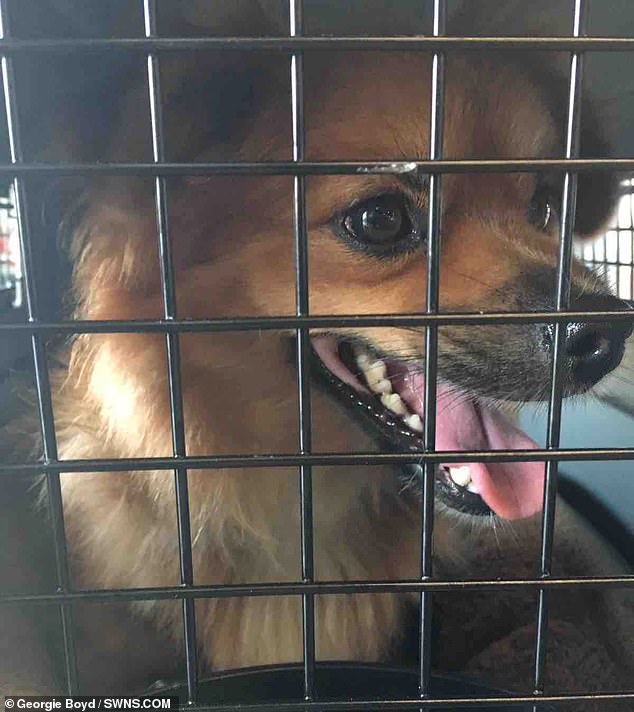 She said: ‘I had no option but to come back to my parents in Adelaide.

‘I had my dog and my apartment all back in New York – my life was in New York. I hadn’t seen Boston since the end of February.

‘He was a rescue puppy, so that was pretty traumatic, not only for me, but for him as well.’

Boston stayed with Georgie’s friends in Massachusetts, USA, as she began the lengthy and expensive process of bringing him down under.

Georgie was forced to crowdfund after the cost of the flight, vet bills, injections, bloodwork, certificates, and a pricey quarantine before he was allowed into Australia, amounted to over £9,000.

She was finally reunited with Boston, two, at Adelaide airport last Thursday after the pair had spent half a year 10,000 miles apart. 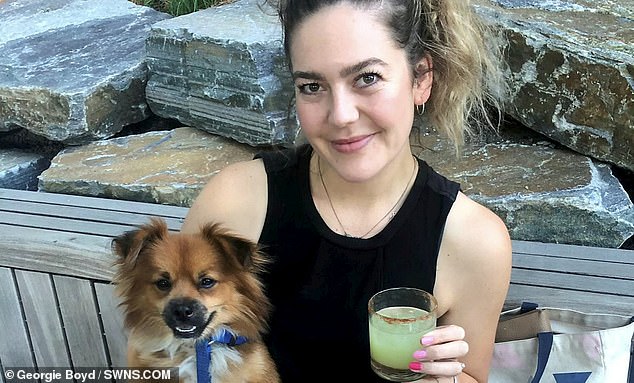 Georgie is pictured with Boston. Georgie was forced to crowdfund the cost of the flight, vet bills, injections, bloodwork, and certificates

Georgie said of the emotional reunion: ‘I was worried he wasn’t going to remember me.

‘It took a little bit for him to focus on me and then he was raring to go, getting out of the cage and licking me.

‘I feel complete again. It’s been so long without him and now having him back feels surreal.

‘It was definitely hard but it’s been a blessing. I got out of the US and I found my feet back in Adelaide.

‘It’s taken three months to come to terms with it, but it’s definitely good now.’