‘I’ve never heard a Queenslander speak like that’: Annastacia Palaszczuk sparks fury by saying State of Origin could be cancelled because of coronavirus

NSW coach Brad Fittler declared he will do anything it takes to get State of Origin played this year, saying he’s amazed at comments from the Queensland government suggesting the series won’t go ahead.

Earlier this week Queensland Premier Annastacia Palaszczuk said she doubts the NRL‘s showpiece event can be played during a pandemic, but said she had her fingers crossed for December.

The comment drew the ire of Blues legend Fittler, who said he can’t understand that attitude to an Origin series as the Australian rates of COVID-19 infection continue to drop and the NRL aims for a May 28 restart. 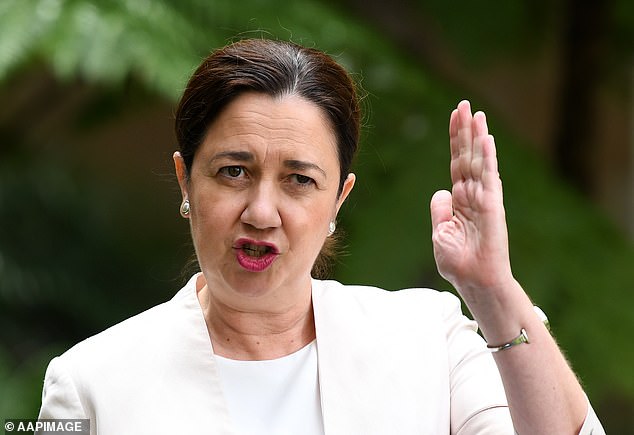 Earlier this week Queensland Premier Annastacia Palaszczuk said she doubts the NRL’s showpiece event can be played during a pandemic, but said she had her fingers crossed for December

‘I was amazed at the comments of the Queensland premier, trying to knock it on the head straight away,’ he told Wide World of Sports radio on Wednesday.

‘I’ve never heard any Queenslander speak like that about State of Origin.’

As the NRL begins planning for an ambitious bid to restart the season next month, contingency plans are being made around Origin, which draws in around $100 million of revenue for the NRL each year.

The NRL has already confirmed plans for Origin to be played in the traditional three-game format this season.

Border restrictions and health and safety obligations will be the biggest hurdles to overcome to play the series, and the NRL could wait to hold game until the end of the year to increase the likelihood of getting a crowd. 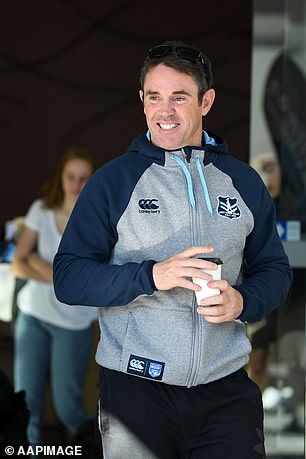 Both Fittler and Queensland coach Kevin Walters have said they would be willing to play all three games in Sydney if needed.

‘I will just do whatever it takes,’ Fittler said.

‘I will play whenever they ask me to play, I’ll be as prepared as I can be.

‘Whatever we have to do to get the game played and people in blue jerseys and maroon jerseys.’

Speaking on Fox League on Wednesday night, Walters said he understands Palaszczuk’s concern for the community, but should the Maroons need to base out of Sydney, he’d be happy to do it.

‘I’m like everybody else in Queensland, obviously I’m a huge Origin fan, but we’ve got to listen to our leaders and certainly at the moment you would suggest that Origin wouldn’t be able to be played,’ he said.

‘We will go anywhere to play Origin, but if we had to travel to Sydney and play three games in Sydney, we’re all for that as well.

‘The main thing is from my perspective being the Queensland coach, is to get State of Origin back at some stage this season when it’s safe and the community is safe to come along and have a look.’